During the product development (PD) process, it is important to test out new iterations of the product design to verify the right fit and functionality. Later on in the process, we are then able to determine whether the design requires additional improvements and enhancements before it proceeds to production. While some companies offer virtual testing environments that analyze how products perform with regard to typical use conditions, environmental circumstances, and user error, obtaining and testing physical representations of a product (i.e., a prototype) remains a vital part of the PD process. Having a physical model allows product designers and developers to test out how the product feels and functions in real-world conditions, which can reveal issues that may not be apparent in a virtual test environment.

As the product development process moves from the engineering stage to the prototyping and testing stage, it is essential to thoroughly understand the difference between a prototype and a product build. Prototyping involves creating functional models that test users can try out so they can provide feedback about usability. The insights supplied by users allows you to make necessary changes to a design before investing in the full product build.

When designing a prototype, focus on the specific characteristics and functions you want to test. Additionally, it is important to have a clear understanding of what you expect to learn from the testing stage.

The term “market testing” refers to the process of testing how well a product or service performs among the target audience. This phase of the product development process involves two primary testing methodologies: alpha testing and beta testing.

Alpha testing is performed on-site by internal employees of the company developing the product. It is used to identify functional and operational issues that could become a problem down the line. It does not involve an in-depth review of product reliability and security.

This testing phase can employ both white box and black box testing methods, so that test users can review a product with or without working knowledge of the system. Compared to other testing phases, this phase may take longer. However, this is necessary as alpha testing serves as a means of identifying issues that may have been missed earlier in the design process.

Beta testing is conducted by users and customers who are not associated with the product development company. Testing occurs at the end-users’ location and involves only black-box testing, so testers do not have insight into the system’s inner workings. This testing phase focuses on the product’s reliability and security, with patches released as new issues are identified. Unlike alpha testing, beta testing requires only a few months to complete.

When organizing prototype testing operations, there are many factors to keep in mind to ensure they proceed successfully. Some of the key considerations include:

Prototyping testing operations can be moderated or non-moderated. Both methods offer unique advantages and disadvantages.

If you are new to product testing, it is a good idea to perform a pilot test so you can get a feel for whether your market testing participants will have any problems. Pilot testing involves having someone within the company go over the test. If they have questions or seem confused, it is a good sign that your testers will find the test steps difficult to follow.

Transform the previous 4.0 prototype into a manufacturable, cost-effective, and user-friendly product that can be deployed in volume to vehicle fleets. 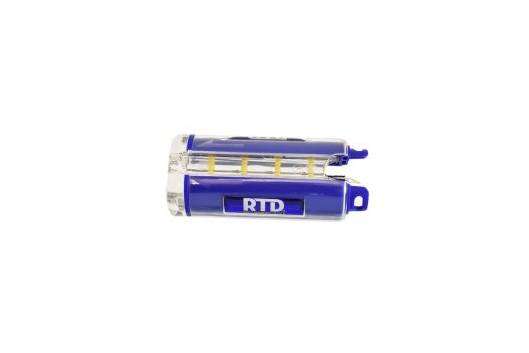 Developing a proof-of-concept that performed the desired function in a simple, cost effective method and in a manufacturable design.

The project was originally started to allow a foot bag, or hacky sack bounce in order for players to exchange or volley the foot bag to each other from one coming rebound surface.

Contact The Hendey Group to Assist With Your Market Testing Plan

Thorough prototyping and market testing are essential to the success of a new product or service release. If you need assistance creating a market testing plan, the experts at The Hendey Group are here to help. Our team has extensive experience helping customers design, engineer, and prototype manufacturable products. To learn more about our product development capabilities and how we can assist you in your next project, contact us today.